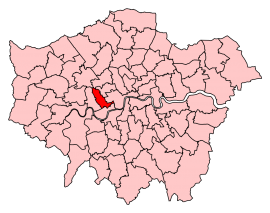 The full tables for Deltapoll’s survey looking at voting intentions in the politcal constituency of Kensington.

The following commentary was written by Peter Kellner in The Observer.

Two years ago, Emma Dent Coad was elected as Labour’s first ever MP for Kensington. Now she risks being the party’s first ever candidate there to come third.

Today, the Observer publishes the results from the first three of a series of constituency surveys in seats that could determine who governs Britain after December 12. All three are London seats that were closely fought between Labour and Conservative in 2017; as well as Kensington, Deltapoll has surveyed Finchley and Golders Green, and Wimbledon. In all three, the Conservatives now hold narrow leads; in all three, the Liberal Democrats are close behind.

The surveys have been funded by donations from individuals acting separately from any party or campaigning group. Their aim is not to endorse any candidate, but to provide objective data for constituencies where the nature of the local contest is in doubt – in particular where three parties all believe they have a real chance of victory. Each week, alongside the main findings reported by the Observer, full details of each survey will be published online.

The first group of seats are London marginals which overwhelmingly voted to stay in the EU in the 2016 referendum. In all three, the Lib Dems have been boosted by their stance on Brexit, mainly at Labour’s expense. Finchley and Golders Green has seen the biggest shift, with a 25 per cent swing from Labour to Liberal Democrats. Here the Lib Dem challenger is Luciana Berger, who left Labour earlier this year, criticising its stance on Anti-Semitism.

However, she still trails Mike Freer, the Conservative incumbent, by 14 points. The Tory leads in the other two seats are far narrower: three points in Kensington, where Sam Gyimah, a former Conservative minister, is the Lib Dem candidate, and just two points where Stephen Hammond is seeking re-election. He lost the Conservative whip temporarily following his rebellion two months ago against Boris Johnson’s Brexit policy.

Two years ago, Conservative support in these seats was evenly divided between pro- and anti-Brexit voters. Their support among Leave voters is rock-solid; but Johnson’s Brexit policy has gone down badly with many pro-European Tories. Around half of the party’s Remain voters have deserted it. Most of this group now back the Lib Dems; there are also a number of ex-Tory Remain “don’t knows” who have yet to decide how to vote.

Nevertheless, the Conservatives are currently leading in these strongly Remain seats, because the anti-hard-Brexit majority is divided between Labour and the Lib Dems. Could this change? Deltapoll asked respondents how they would vote under two scenarios – if they thought that the only two candidates with a realistic chance of victory were, first, the Conservatives or Labour, and second, the Conservatives or Liberal Democrat.

In all three seats, the pattern is similar:

These surveys uncover the reasons why the tactical choices of Labour and Lib Dem supporters are different. Labour supporters are hostile to both Johnson and Brexit; a switch to the Lib Dems accords with both sentiments.

Many Lib Dem supporters are more conflicted. They are almost unanimously anti-Brexit. But most are also hostile to Jeremy Corbyn, and in all three seats, most think the Tories would be better than Labour for the economy.

This commentary was first published by The Observer

Tags
Client
Peter Kellner, funded by donations from multiple individuals acting separately from any party or campainging group, in order to provide objective data for constituencies where the nature of the local contest is in doubt.
Methodology
Deltapoll surveyed 500 respondents by telephone between 7-12th November 2019. Interviews were conducted across the constituency and the results have been weighted to the profile of all adults. Deltapoll is a member of the British Polling Council and abides by its rules.
Download PDF