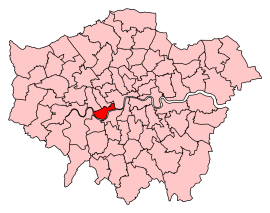 The full tables for Deltapoll’s survey looking at voting intentions in the politcal constituency of Chelsea and Fulham.

Beware projections of parliamentary seats from national poll figures. This week’s surveys of three possible marginals suggests that voting movements are likely to vary wildly – even in neighbouring seats which look similar.

In the Cities of London and Westminster, Chuka Umunna could become the first non-Conservative MP for the area since 1874. The former Labour MP, now fighting the seat as a Liberal Democrat, is currently six points behind Nickie Aiken, the Conservative candidate. But Deltapoll’s figures show that tactical voting my Labour supporters could give Umunna victory.

In contrast, Hendon, which is a highly marginal seat that Labour held from 1997 until 2010, could see the Conservative majority jump sharply, with the Lib Dems marooned in third place.

In the third seat, Chelsea and Fulham, the poll dents Lib Dems hopes that tactical voting could help Nicola Horlick, the financier and one of their high-profile candidates, overturn a Conservative majority of more than 8,000. She and Labour’s Matt Uberoi both lag more than 20 points behind Greg Hands, the former minister defending the seat for the Conservatives.

Hands is benefitting from being more pro-EU than most Tories. Chelsea and Fulham opposed Brexit by more than two-to-one in the referendum. Remainers who voted Conservative in 2017, a sizeable proportion of the local electorate, have stayed more loyal to Hands than Remain-minded Tories in other seats.

Taking last week’s poll results together with this week’s, we have figures for six London seats that all voted Remain three years ago. (Next week we shall have results from other parts of the country.) Two main lessons can be drawn from those six seats.

First, the figures vary massively. In four seats, the Lib Dems have made huge gains, and are now the main challengers to local Tories. But they have advanced far less in the other two seats. By the same token, Labour support is down in all six seats, but by amounts ranging from nine to 25 percentage points.

The most striking contrast is between Hendon and neighbouring Finchley & Golders Green, whose data we reported last week. Both are Remain-voting suburbs that the Conservatives held by fewer than 2,000 votes two years ago. They are the two constituencies with Britain’s highest proportion of Jewish voters. The Lib Dem vote last time was below the party’s meagre national average in both seats.

Not surprisingly, the poll models used to project local constituencies from detailed national surveys – they are known in the trade as “MRP” projections – produce very similar predictions for the two seats. But our actual polls yield very different figures. With tactical voting, Luciana Berger has a real chance of winning Finchley for the Lib Dems, but Clareine Enderby, her party colleague next door, is trailing a distant third. Local factors such as the impact of candidates and the effectiveness of local campaigning make a difference – and that difference might be greater this time than in past elections.

The second main lesson is that the latest surveys underline what we found last week: that Labour supporters are far more willing to switch tactically to the Lib Dems than vice versa. The subsamples from each seat are small; but when we combine the figures from all six, the pattern is clear.

Asked how they would vote if Labour had no chance of winning locally, 57 per cent of Labour supporters say they would switch to the Lib Dems, and only 9 per cent to the Conservatives.

We shall see next week whether this pattern is repeated outside London. If it is, then the Conservatives have more reason to worry where they are facing a strong Lib Dem challenge than where their main local opponent is Labour.

Tags
Client
Peter Kellner, funded by donations from multiple individuals acting separately from any party or campainging group, in order to provide objective data for constituencies where the nature of the local contest is in doubt.
Methodology
Deltapoll surveyed 502 respondents by telephone between 14-21st November 2019. Interviews were conducted across the constituency and the results have been weighted to the profile of all adults. Deltapoll is a member of the British Polling Council and abides by its rules.
Download PDF